In most dishwashers, the circulation pump is located under the bottom of the device. 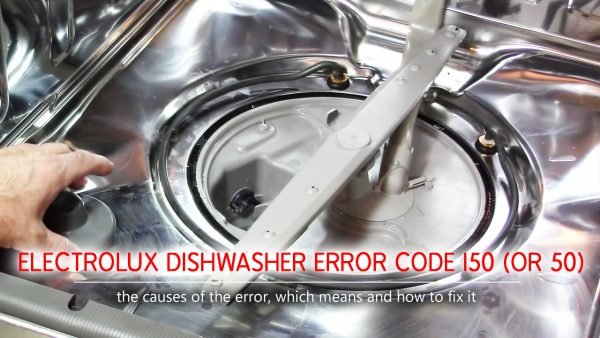 Circulating pumps perform the function of water recirculating, capturing it from the bottom of the dishwasher and supplying it to the dishwasher’s sprinkler.

This component (circulation pump) pumps water through the dishwasher every time.

The pump has two working components, input, and output. These, as well as other components, it may be clogged with food or detergent.

Symptoms and causes of the breakage of this part

If you find that the dishwasher gains water but do not wash the dishes, do not rush to change the circulation pump. This part is relatively reliable and breaks in rare occasions. Trash filter and sprinkler nozzles are clogged up more often. Consequently, it leads to the problem’s appearance.

Turn off the dishwasher, open the door and look at the bottom of the washing chamber. There you will see a plastic object resembling a glass and a metal mesh. If the mesh or “glass” are clogged with food remnants, clean it, and only then re-run the kitchen appliance.

The impeller of the sprinkler should also be checked carefully. Pull out the impeller and then clean each hole with a toothpick or a needle. Once you get water to flow freely, problems will disappear.

If you adore home-making staff, pay attention to the last point. It is important to remember that before fixing any device you should study it properly, and only then start to repair it. Moreover, if it is possible to entrust the repair of the circulation pump to a professional, better do this. The master’s services are paid but his work will definitely be fast and professional.

How to disassemble the dishwasher and get to the pump:

Step 1: Turn the dishwasher over. Remove the bottom (unscrew it).

Step 2: Disconnect the wires. Remove all connections, including the nozzles. Put all the parts in the order in which they are disassembled so that you can collect them properly in the reverse order.

Step 3: Thoroughly clean all parts using a mild detergent. If any parts are worn out, replace them with new ones appropriate for dishwashers.

Step 4: Replace seals, such as O-rings or other washers with new ones.

Step 5: Assemble the pump, keeping the sequence of the parts fastening in the reverse order.

Engine Repair of the Electrolux Dishwasher

As a rule, from your side, you can only clean the pump. But if the dishwasher has additional malfunctions besides the pump, do not try to fix it independently.

The site’s user shares, “Having disassembled the motor, I saw some dirt (presumably fat with mud) accumulated between the rotor and the housing walls. Its consistency resembled rubber and, in fact, it jammed the motor. I cleaned it and assembled the device back. Now everything is working the way it is supposed to. The only thing that has appeared during the work were some obstacles of the “lower” part of the shaft and bushes (presumably ceramic). I sanded the shaft with a sandpaper, holding the other part of the shaft with the screwdriver. I assembled the kitchen helper, run it a couple of times, and understood that it works properly. I hope that the problem is solved, although it is clear that not for a long…”